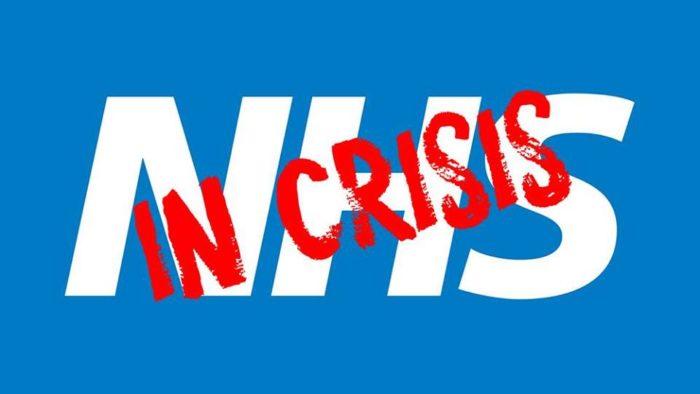 The NHS Winter Crisis has now descended into a perpetual year round  crisis. A crisis that has brought staff to their knees and patients languishing and even dying in overcrowded waiting rooms and hospital corridors.

It doesn’t have to be this way.

It is time this Government stops blaming patients, nurses, doctors, immigrants, flu and the elderly for their shortcomings. It’s time they start listening to the country who is sick of empty promises from the mouths of cowardly politicians. The Tories must heed the call of the public, staff and patients alike who demand that the NHS is not only funded properly but brought back into public hands away from the waste and demands of shareholders and bankers’ bonuses.

Join the demonstration, called by the People’s Assembly and Health Campaigns Together, on Saturday 3 February, 2018: