The High Court on Thursday 10 February served United Voices of the World (UVW) union with a temporary injunction banning its Great Ormond Street Hospital (GOSH) striking security guards and their supporters from dancing, singing and even waving banners within 200 metres from the hospital.
This is an unprecedented legal ruling to silence workers and one of the biggest legal attacks against the human rights of the trade union movement in decades, and the guards and their union are determined to resist it vigorously.
“We call on all working class people, all unionists to join hands together, because we see an attempt to suffocate the voices of working people, to suppress the movement of the unions,”
Sam Awittor, GOSH security guard on strike
Read the Injunction…
Donations and messages of support via the union website…

Over 180 academics have written an open letter expressing their solidarity with the striking Great Ormond Street Hospital security guards and calling for the the injunction taken by the hospital to be overturned.

As academics and others interested in work, employment relations and public policy, we are deeply concerned about the temporary High Court injunction (10 February) against the United Voices of the World (UVW) union to ban striking outsourced security guards at Great Ormond Street Hospital (GOSH) and their supporters from “waving banners”, vigorous dancing” or even “making rapid dramatic movements” within 200 metres of the hospital. This unprecedented ruling is a serious assault on all unions and the right to strike, particularly worrisome if the Police, Crime, Sentencing and Courts Bill becomes law.

The GOSH security guards, largely Black and migrant workers, are demanding parity with directly employed NHS workers. Along with health and social care workers, they were on the frontline during the pandemic going far beyond their normal tasks to assist with the hospitalisation of COVID-19 patients. Security guards were most at risk of dying from COVID-19. In particular, limited access to sick pay forced many symptomatic low paid workers into work during the pandemic, contributing to the disproportionate impact of COVID-19 on Black and Minority Ethnic workers. Public services privatisation has created contractual hierarchies reproducing gender and racial divisions in the labour force. Significantly, the recent UVW vs Royal Parks’ judgment found that differential access to employment rights and benefits can constitute indirect race discrimination, breaching the Equality Act 2010.

Outsourced workers, represented by several unions have protested these injustices, notably at London universities and Government Departments. Striking facility workers at St Barts hospital, represented by Unite, are currently demanding parity and to be brought back in-house

Public authorities cannot now avoid the race and gender equality implications of outsourcing. We call on GOSH to recognise the sacrifices made by these workers during the pandemic, and rather than punish them for demanding basic rights, bring them in-house. 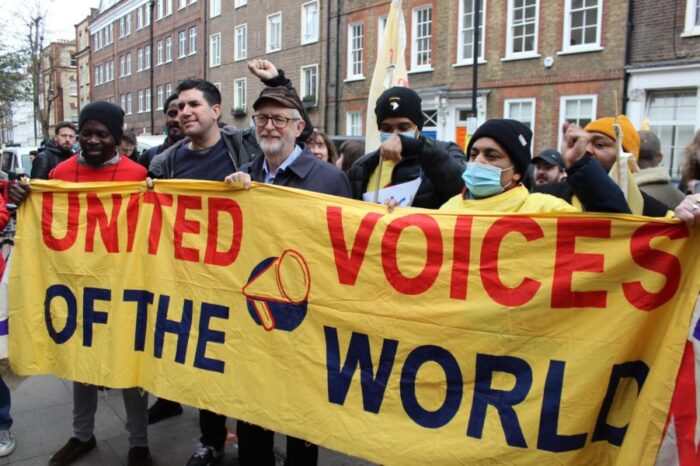