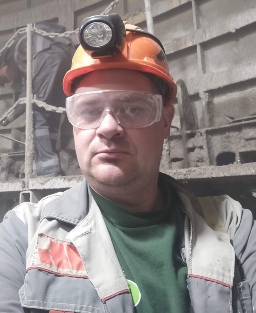 I hope you will take a few minutes to consider supporting a LabourStart campaign of basic class significance. It concerns denial of right to independent trade union representation among a group of vulnerable workers in Belarus. At the centre of the picture is dismissal of union organiser Mikalaj Valadzko. The LabourStart solidarity appeal underlines the urgency of international labour movement support:

Mikalaj Valadzko was suspended from his job at a shaft sinking project in Belarus after he started a local union to defend workers’ rights. The work is being carried out by German company Redpath Deilmann owned by Canadian company Redpath Mining. Since May 2019, employees have sought labour safety inspectorate certification, which gives underground workers the right to additional benefits and guarantees. To defend their rights, workers created a local union with the support of the Belarusian Independent Trade Union (BITU). The company responded with reprisals and did not renew Mikalaj’s contract. A highly qualified specialist, he remains without work, in the middle of the COVID-19 pandemic, since 31 March. Support the demand of the BITU and IndustriALL to renew the contract of trade union activist Mikalaj Valadzko, certify workplaces at Redpath Deilmann and apply all labour safety measures required by Belarusian legislation. (https://www.labourstartcampaigns.net/show_campaign.cgi?c=4329)

A recent report from Human Rights Watch provides a more general flavour of the claustrophobic social climate under the present regime and its repressive stance toward independent trade unions, along with anyone else of non-supine disposition. Journalists are most consistently targeted, but anti-Roma discrimination is also worth noting:
https://www.hrw.org/world-report/2020/country-chapters/belarus

From what I can tell the union concerned (BITU) is small, but that only makes expressions of solidarity outside Belarus more important. However limited, such actions can both help strengthen their hand and, perhaps, make further repression at least a little less likely.

If you are inclined to add your name to the campaign, please also consider circulating details via Facebook or whatever to friends and contacts who might want to do the same. The core issue of solidarity with the struggle for working class self-organisation is perennial. At the end of the day, it doesn’t matter which “global power” may be manipulating or benefitting from specific denial of that right, or which flag the local mob is hiding behind. Same armed gangs, same self-awarded medals, same standard issue boots and weapons.

Hoping you will reach out to Mikalaj Valadzko and the fight he has taken up.
David Binns
UCU London Retired Members