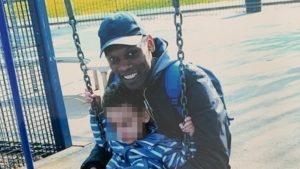 Rayan was deported on Tuesday, 11th February. He is a resident of Tower Hamlets and lived with his partner, Jana, an EU citizen who has Indefinite Leave to Remain, and their two sons, aged three and twelve, both of whom were born in the UK and have British Passports. Rayan was closely involved in his children’s upbringing. The evidence shows ‘separated children develop emotional, behavioural and educational problems, including anxiety, depression and attachment difficulties’. Rayan was deported with no money, no belongings, no medication and no support plan for his medical condition in Jamaica.

Rayan came over to Britain to live with his father and step mother, both British citizens, at the age of 12. He is disabled because he suffers from Blounts disease. This means he is on medication and has to visit the hospital on a weekly basis.

Rayan was given Indefinite Leave to Remain in November 1999. Unfortunately, Rayan got involved with petty crime and was arrested for burglary. In August 2017 he started a two and a half year sentence but was released after a year. Whilst in prison, he was served notice of a deportation order.

Rayan’s deportation is a form of double punishment for him because he served his sentence in jail and on probation. It is further punishment because he no longer has access to the medication he needs nor is he able to continue the relationships he had with his children and partner. Moreover it is a punishment for his partner, who has lost the man she loves and who now has to bring up their two sons, deprived of their father through actions by the UK government. Further, it has appreciably worsened her situation and the situation of her children economically because Rayan can no longer provide the child care her job depends on. It is a punishment for the two children whose only ‘guilt’ would appear to be who their father is.