The Home Secretary’s statement in Parliament yesterday is good as far as it goes. She promises:

This is the very least they could do. If the Home Secretary is genuine when saying that it was “wrong” and “appalling”, she should make amends.

We therefore continue our call for Full Amnesty, that those who have been deported be brought back immediately at no cost to themselves, that those denied the right of return, or denied medical treatment, or lost their jobs or homes, be given full reinstatement and compensation.… Read on ... 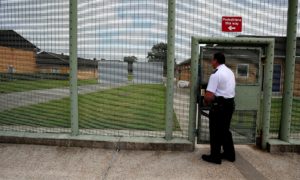 As part of the growing racist atmosphere, we note the recent increase in deportations, particularly of retired people from the Caribbean. We shall support and encourage campaigns against deportations both at a local and national level, working where possible with other trade unions trades councils and the TUC. We welcome the initiative from Caribbean Labour Solidarity to initiate such a campaign in London. 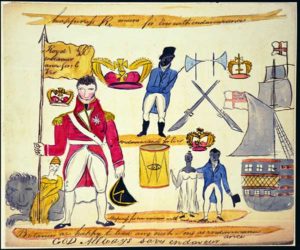 The democratic, nation-building debt the American nation owes the Caribbean, and the Haitian nation in particular that resides at its core, is not expected to be repaid but must be respected. Any nation without a nominal notion of its own making can never comprehend the forces that fashion it origins.

Haiti’s Caribbean vision illuminated America’s way out of its colonial darkness. This is the debt President Trump’s America owes Toussaint L’Ouverture’s Haiti. It’s a debt of philosophical clarity and political maturity. It’s a debt of how to rise to its best human potential. It’s a debt of exposure to higher standards. Haiti is really America’s Statue of Liberty.

The President’s truth making troops might not know, and probably care little for the fact that Haitian people were first in this modern world to build a nation completely free of the human scourge of slavery and native genocide.… Read on ...