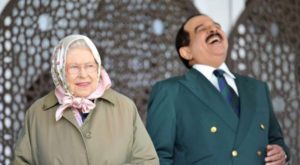 We want to hold Land Rover, Rolex and HPower to account  for refusing to treat the infringement of human rights and civil liberties as a serious crime.  During the 2017 Royal Windsor Horse Show, Bahraini Security Officers snatched banners out of the peaceful protesters hands within the showgrounds; simultaneously, they detained, interrogated and threatened protesters family members who resided in Bahrain.

Bahrain Institute for Rights and Democracy (BIRD) is a London-based NGO which provides Bahraini victims of human rights abuses with support, resources and helps them obtain justice.